As 2015 winds down, it’s a time for food, football, family and friends to kick off the holiday season. It’s a time to look back and reflect, and look forward with hope and optimism to 2016. With that in mind, here are five things I’m most thankful for that impact my Henderson real estate business on a daily basis:

1. My community – Henderson is Nevada’s second-largest city, and was the fastest growing city in the U.S. in the late 1990’s. With more than 20 master-planned communities, the city is a model for development and our parks and recreation facilities have won several national awards. Have you heard of Lake Las Vegas, with its resort atmosphere and million dollar homes? That’s in Henderson. And when President Obama visits the Las Vegas valley, he stays in Henderson.

A view of the south shore from new construction at Lake Las Vegas – Henderson, NV.

2. My market center – Want to be successful? Find others who have already done it and model their activities. Keller Williams Green Valley is owned and lead by Rick and Teri Brenkus, whose team consistently sells 300+ homes per year. (They also own Keller Williams Summerlin.) From the top agents to new licensees, there’s an environment of sharing, cooperation, and friendly competition that fosters camaraderie and growth.

3. MLS data and Excel spreadsheets – I’ve always been a numbers guy. With over 400 single-family homes sold per month and 1400+ currently on the market, there’s a lot of data to slice and dice. Knowing the details and subtleties of a large market area is a great way to gain the trust and confidence of prospective clients.

4. Digital photography – Buyers don’t want to read 2000-word posts, they want images! The quality of digital cameras and smartphones has improved so much over the last ten years that it’s almost impossible to take a bad picture. But if I do, no worries, just delete it. Now if only I was brave enough to take the next step to video. 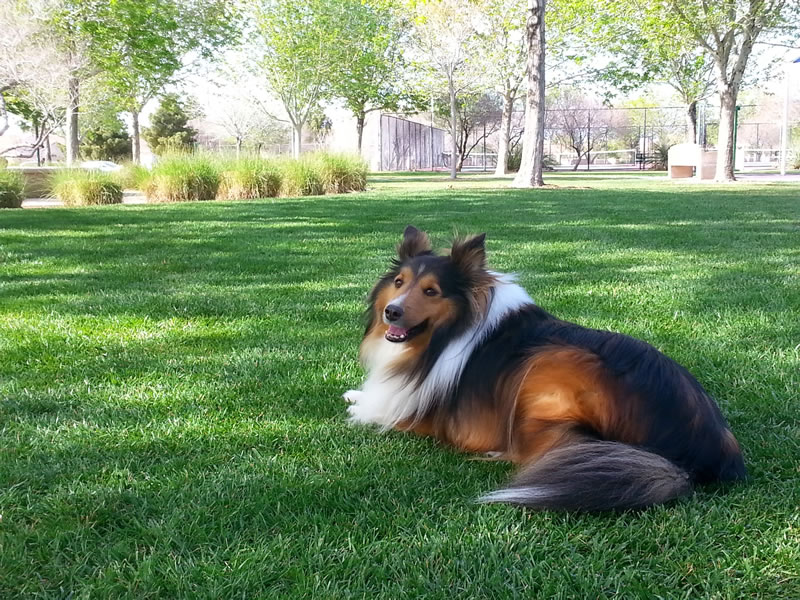 Shadow enjoying a beautiful day in the park.

5. My dog Shadow – Technically Shadow is not a ‘thing’. And he’s not just a dog, he’s family. On the rare occasions when a deal goes sideways, he’s there with a nudge or a playful bark, encouraging me to take him for a walk or just have some Sheltie fun, and that helps me refocus. In the 5+ years since I found him through Nevada Sheltie Rescue, we’ve met buyers and sellers at the dog park or out on a walk that have resulted in over $2 million in sales. And yes, Shadow gets treats with each closing!

I’m thankful for a successful career as a Henderson real estate agent, and excited about the possibilities of 2016. But I’m also mindful of these words from Robert Brault: “Enjoy the little things, for one day you may look back and realize they were the big things.”

Our professional staff is passionate about our clients’ goals, and aim to treat each client as if they were our only one. Together, your next real estate experience will not only be enjoyable but also produce great results! Please feel free to give us a call, or send an email anytime and we will contact you as soon as possible